Aw, snap! It’s happening. The Eight Apostates, the final book in The Bones of the Earth series, is now up for pre-order on Amazon. Right now, it’s just the e-book, as Amazon doesn’t have a function to make paperbacks available for pre-order. But if you’re interested in an autographed copy ($14.95 plus shipping), let me know via an e-mail!

What better a way to kick off the new year than with a book series? Lock the doors, dim the lights, and find your coziest blanket to cling to, because the ebooks for The Bones of the Earth series are free on Amazon from 1/5 to 1/9!

The Bones of the Earth series is a dark fantasy series unlike any you’ve ever survived. With the final book, The Eight Apostates, coming out early this year, now is the time to explore this Trauma-wracked world.
Author’s website:www.scotthalebooks.com
Goodreads: https://www.goodreads.com/author/show/7440406.Scott_Hale
Amazon: https://www.amazon.com/Scott-Hale/e/B00ERXPWFE/ref=sr_ntt_srch_lnk_1?qid=1546470358&sr=8-1
Facebook: www.facebook.com/scotthalebooks
Instagram: www.instagram.com/scott_hale_books
Twitter: @hale_scott
Terrorcast (Podcast): https://soundcloud.com/kam-hale

It’s been quite awhile since I’ve used this website, or really done any marketing whatsoever. That’s my fault. I’ve been so consumed with publishing The Blood of Before and finishing The Cults of the Worm that, unfortunately, I’ve neglected my marketing duties.

Firstly, on the books:

THE BLOOD OF BEFORE, book .1 in The Bones of the Earth series, is now available to purchase from your favorite online retailer. 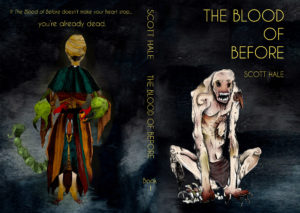 THE CULTS OF THE WORM, book 3 in The Bones of the Earth series, is now finished and in its first draft. I will be sending it off to beta readers soon, and then to the editor. I aim to have Book 3 released this fall.

As for the marketing:

I am going to take the next month off from writing to focus solely on marketing. I finally feel that I have a large enough body of work to instill confidence in newer readers. Here are my goals for the month:

Those are the goals. I think they’ll keep me busy well into the next month. As for the book release schedule, it is the following:

Book 3: The Cults of the Worm.

Book .2: The Agony of After (second anthology).

Book 4: Untitled final book in this Bones of the Earth series.

Hope to have some new content for everyone in the next few days!

Thanks, everyone, for your continued support. 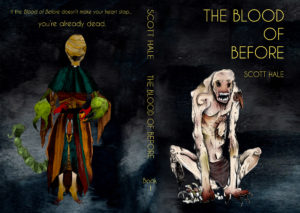 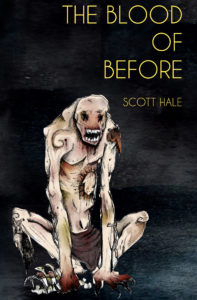 The Blood of Before is an upcoming horror anthology that is directly connected to The Bones of the Earth series.

To help announce its release, we will be sharing sketches of the illustrations that accompany each terrifying tale in the anthology.

Tonight, I give you the Coffin Queen by Hannah Graff. 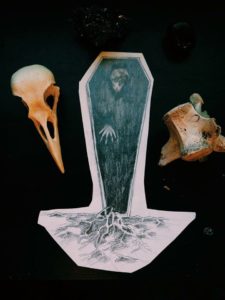 One bookstore down, a billion more to go! 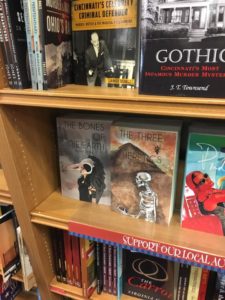 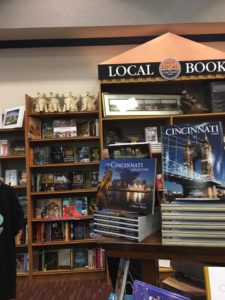 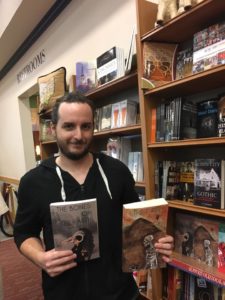 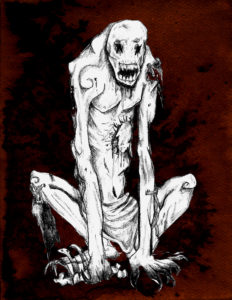 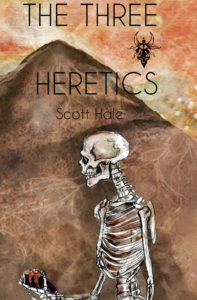 I quietly published The Three Heretics last week, but I held off from making an announcement because I wanted to wait for the book to populate to all the major online retailers. Everything looks good now, so…

I am happy to announce that The Three Heretics is now available for purchase in paperback or eBook from most major online retailers!! And what better a time than on the best holiday of the year?

It took a little longer than I anticipated to get it out, but hey, that’s just how this game goes sometimes.

If you get a chance to read the book, I’d love to hear what you think! Your feedback is crucial in making sure the next book in the series is even better than the last. You can contact me at my website, Goodreads, or Facebook. Also, feel free to follow me on Twitter and Instagram.

Also, The Bones of the Earth should be available as an eBook in most online retailers now. It was locked to Amazon for awhile because of their KDP program, but I’ve decided to take it out of that.

(Not sure why the books aren’t available in iTunes yet, but maybe that’s because iTunes blows big ones.)

Stay tuned for another really big announcement in the next few days. What we’re working on is almost finished; just need to put the finishing touches on it.

As for a status update, The Cult of the Worm, Book Three in the series, is 41k words in. The Blood of Before, the horror anthology takes place before Bones, is finished and currently being torn apart by my lovely beta readers. I expect to have it sent off to the editor in the next month.

That’s it for now! I can’t wait to hear what everyone thinks about this next entry into the Bones series.

Here is the full cover by Hannah Graff. Amazing, as always. 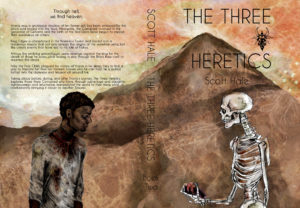 The Three Heretics has been completely edited and formatted. The cover is also finished. I submitted it last night to Createspace for review, and I expect to hear back from them today. As soon as I do, I’ll order a proof copy with the fastest shipping so that I can read it one more time in person.

If all goes well, The Three Heretics should be available to purchase on paperback and eBook by 10/7/1. For now, check it out here on Goodreads.

Until then, here is the final full cover and synopsis. It does contain some spoilers for those who haven’t reading The Bones of the Earth. Within the book itself, you’ll find a letter of appreciation from me, a map of the world, and the often-requested glossary.

(In the mean time, I’d like to update this site so that it matches the new book) 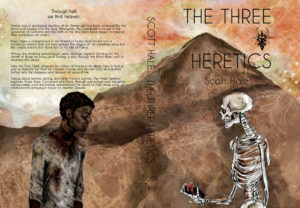 Just wanted to share with you a new illustration by Jacquelyn Graff. This is her take on the Bloodless, a mythological plant that you will hear more about in the upcoming release, “The Three Heretics.” 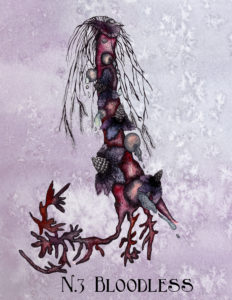 A sneak preview of our final POV for “The Cult of the Worm.” This is Book Three in “The Bones of the Earth” series. Spoilers for those who haven’t read the first book.

(Weird to be releasing teasers for Book Three when Book Two isn’t even out yet, but hey, at least you all know I’m working!) 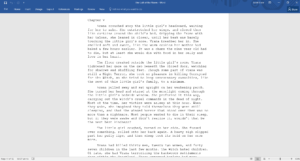