Hope everyone had a good weekend! If you have any questions or just want to send me a message to chat, don’t hesitate!

Alright, I’ve been kind of slacking lately. “Black Occult Macabre Vol. 1 Issue 7” rewrite was supposed to have been finished a few days ago. It’s taking longer than I anticipated. It is suppose to mirror “The Easiest Job in the World” in regard to structure and build-up. Whereas “Job” is much more grisly and graphic (you’ll see, once it’s edited and updated), “Occult” is to be much more psychological, you think you saw something but you didn’t. Making that change has taken some time, but god damn it, I’ll finish this week for sure.

After that, the screenplays will need updating, but I’ll do the editing myself, as they are not particularly complicated in terms of grammar and word usage. They are canon, of course, but some minor details need to be changed, as the series has changed from when they were published a few years ago. No big deal, really, because no one has really read them (which, actually, I’m thankful for!). I really like the stories in the screenplays, so I go back and forth between taking them down so that I can turn them into novels and leaving them up, so people can see more of the universe. We’ll see.

“Three Heretics” is still being worked on. Not much last week but that should change soon. Made a lot of good plot developments in my head, so that’s a big help. It’s helpful to have “The Bones of the Earth” receiving so much attention now, as I have a better idea of what people are expecting. I don’t intend to distort my vision for the series based on what others want, but it’s good to know what things people liked, what characters people care about.

I’ve had some kind fans reaching out to bloggers and reviewers, promoting my book on their own time for absolutely nothing other than the satisfaction of seeing the series take off. I am so very grateful for their efforts.

Went to Horrorhound 2015 in Indianapolis this year with my brother and his girlfriend. Got to meet Freddy Kruger, Ricky from Sleepaway Camp, and Bishop from Aliens! So much fun. Hoping to get a booth there next year to promote “Bones.” 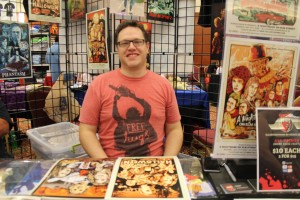 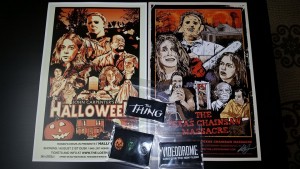 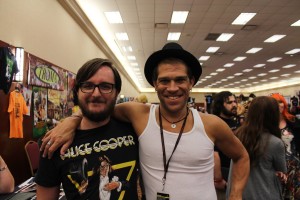 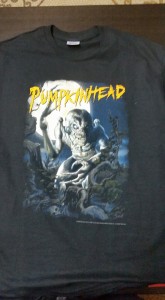 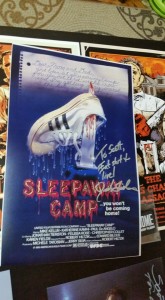 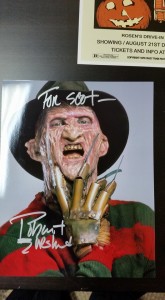 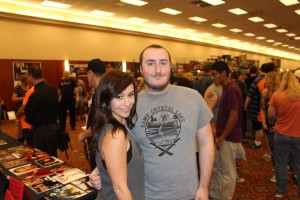 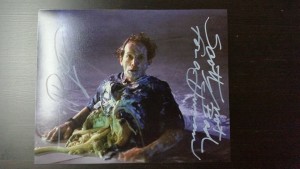 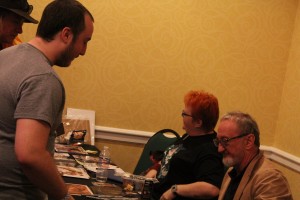 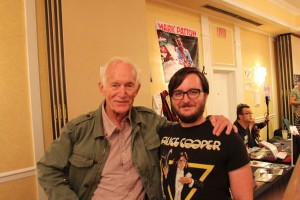 Curse of Chucky: The most current entry into the “Child’s Play” series. As with most of these movies I list, I’ve seen it before, but I never tire of it. I love the return the series’s horror roots, and it is always a pleasure to hear Brad Douriff again. I’d rank this right below the first movie in terms of awesomeness. Can’t wait for the next one.

Halloween III Season of the Witch: Can’t really call this underrated anymore because people have really come around to it, or so it seems. John Carpenter’s original idea was to have each entry into the Halloween series be a standalone film based around the holiday. Personally, I love that idea and wished it had been used. Season of the Witch as an attempt to fulfill that idea. The plot is pretty wacky, but it has a killer soundtrack, is beautifully lensed by Dean Cundey, and is pretty damn intriguing. Despite having no Michael Myers, it is still one of my favorites in the series.

Hellboy II: Watching this movie just makes me want Hellboy III that much more. A great combination of action and fantasy and horror. I really need to start reading the comics. I’ve read Mignola’s “Baltimore” series. Maybe they’ll do that as a movie one day!

Supernatural Season 8: I’ve fallen behind. After slogging through season 7, it’s nice to be watching something that’s actually pretty good. Yes, the show should have probably ended after season 5, but there is something comforting about hanging out with the Winchesters.

Shocker: In honor of Wes Craven, my brother and I decided to watch a movie of his we hadn’t seen. “Shocker” was a fucking weird movie. It’s simultaneously terrible and pretty good kind of intriguing. My favorite part: when he possess the little girl; she inherits his limp and then limps her way over to a plow? to run down the main character. Rest in Peace Wes.

Metal Gear Solid V: Can’t say I ever tire of infiltrating enemy bases while rocking out to Rebel Yell on Snake’s iDroid. Gonna be a while until I beat this.

Hoping to see “Ghost” in Columbus, Ohio next week!

I realized I play Magic! and that people may be interested in this.

I don’t have any standard decks at the moment, but I currently run Jund and Infect in Modern. I’ve had my eyes set on building suicide zoo, but I think one hyper aggressive deck is enough for now.

Fingers crossed for something good to use in Jund with the new set.

The day after the Goodreads giveaway wraps up, for a limited time, “The Bones of the Earth” Kindle edition will be free to purchase from 7/9-7/10! Download it, leave a review. I’d love to hear your feedback, positive or negative, to know what worked and what didn’t, so that Book Two can be even better! 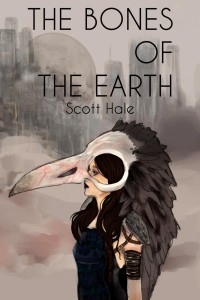