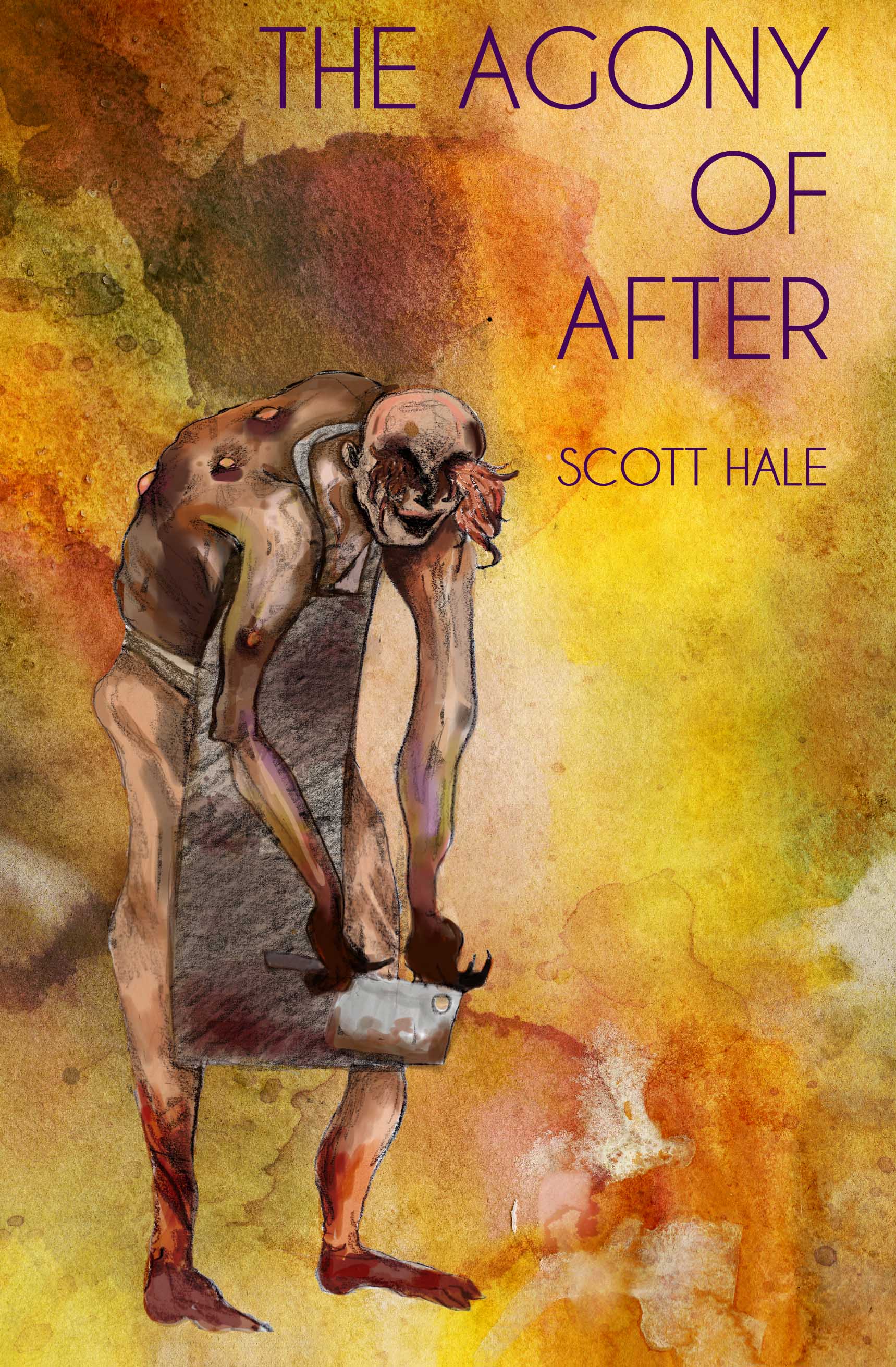 The Agony of After is now available at most online retailers on paperback or eBook! Message me directly if you’re interested in purchasing a copy of the book (or any book in the series) autographed by myself and the lovely illustrator, Hannah Graff.
https://www.amazon.com/Scott-Hale/e/B00ERXPWFE/ref=dp_byline_cont_ebooks_1
https://www.goodreads.com/author/show/7440406.Scott_Hale
This is the second horror (Book .02) anthology in The Bones of the Earth series. Lookout for the final book in the series, The Eight Apostates, coming later this year.
Synopsis:
The Agony of After
by
Scott Hale
is an anthology of four interconnected horror novellas that take place after The Blood of Before and before The Bones of the Earth series.
A social worker arrives at a low-income housing complex for a routine intake, only to discover it will be anything but, as he is given a firsthand account of his client’s own form of therapy for the world itself.
A group of twenty-somethings who take pride in their ability to label and judge others discover their LGBTQIA community has become the target of a series of hate crimes by a culprit who appears motivated by the writings of their peerless leader.
The community of Bedlam is shaken as four children from four separate families are abducted on the same day, at the same time, in the same neighborhood, without any witnesses or apparent motives.
A wanderer with a memory longer than his lifespan drifts across the Trauma-wracked wasteland of Earth, finding companionship and purpose where he can, until he is taken in against his will by a creature with nefarious plans for the distant future.
Horrific, satirical, and necessarily uncomfortable, The Agony of After is a realization of what followed the events of The Blood of Before, and a pivotal piece of the secret history of The Bones of the Earth series.