The Cults of the Worm is now available for purchase on ebook and paperback at most online locations!

Separated by distance and ideology, Aeson and R’lyeh still share one com-mon goal: to save Vrana from the Void.
But the world has changed.

King Edgar’s new religion, the Disciples of the Deep, has spread through-out the continent, converting people into the living embodiments of its twisted beliefs.

While the Holy Order of Penance has forsaken its self-induced isolation, and with an army of thousands, moves to reclaim their flock and make per-manent their presence on the mainland.

But with every conflict, there are more terrible things hidden within the car-nage.

The rumblings beneath the Ossuary’s sands. The monstrous multitudes pouring out of the Nameless Forest. The vermillion veins lifting out of the land, as if by some unseen puppeteer’s hand. Corrupted and Night Terrors who bleed blue light from their eyes while working collectively towards an unknown goal.

Even worse are the secret songs rising up out of the Earth’s bloodied bow-ers, from the growing Choir and its two cruel conductors.

To rescue Vrana, Aeson and R’lyeh will have to sacrifice everything they were and intended to become. They will have to flay themselves time and time again on the terrors between them, until nothing remains, because in the end:
“Flesh… makes fiends of us all.” 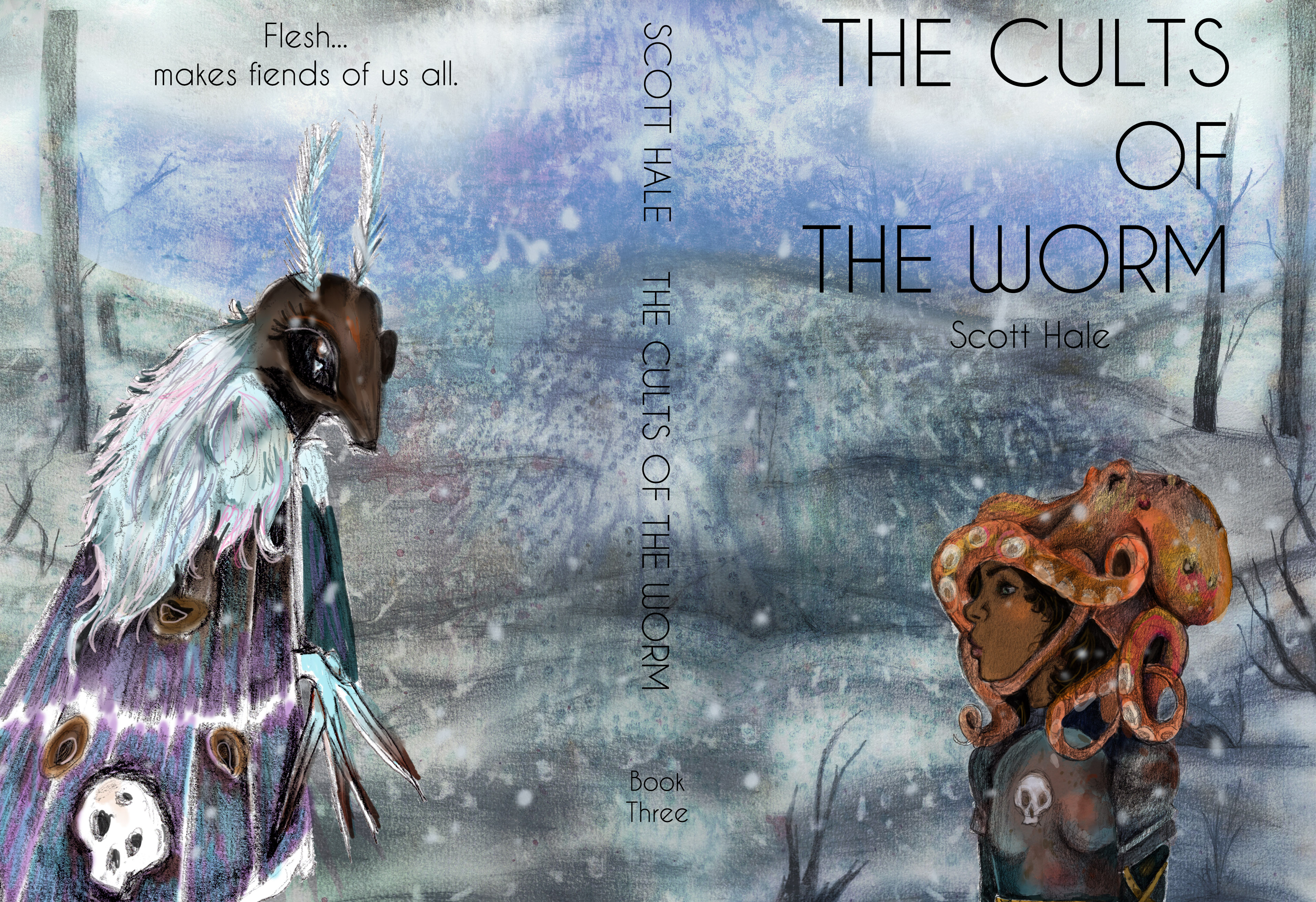